The Elastio Tenant Storage Management page allows you to create and edit vaults in the AWS account(s) and region(s), where the Cloud Connector is present, as well as make a vault default.

To create a vault, firstly navigate to the Sources page. A list of the enabled Sources (AWS accounts) will be displayed.

Select a connected Source to create a new vault in. Once you press the account ID, a new page will open where a list of available regions (AWS regions with Cloud Connector installed) can be found.

In the pop-up window that opens select a region, a VPC within the region, and enter a name for the new vault.

Note: Only AWS regions within the selected Source with Cloud Connector installed will show up in the drop-down. 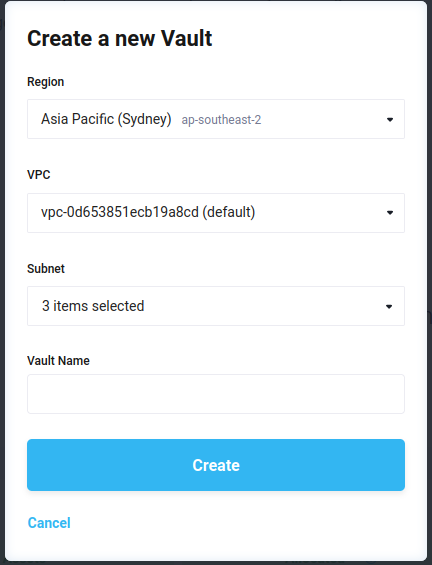 Press the “Create” button. You should see the pop-up notification in the bottom right corner of the page communicating the progress.

The progress can be tracked on the Jobs page of your Elastio Tenant.

Once the vault is created, the Job Status will be “Completed Successfully” and a green pop-up notification will be displayed in the bottom right of the page.

Note: The limit of 7 vaults arises due to the fact that AWS Batch queues are used to perform automated tasks related to backup, integrity scans, restores, etc. Multiple queues are needed per vault, and each vault must have its own queues because Elastio needs to support placing each vault in a separate VPC. Since the maximum number of AWS Batch queues in a region is 50, this is the origin of the 7 vault limit. This limit can be increased by opening a support case with AWS.

To edit a vault, navigate to the Sources page. Select the account, the vault you would like to edit and press the “Details” button. 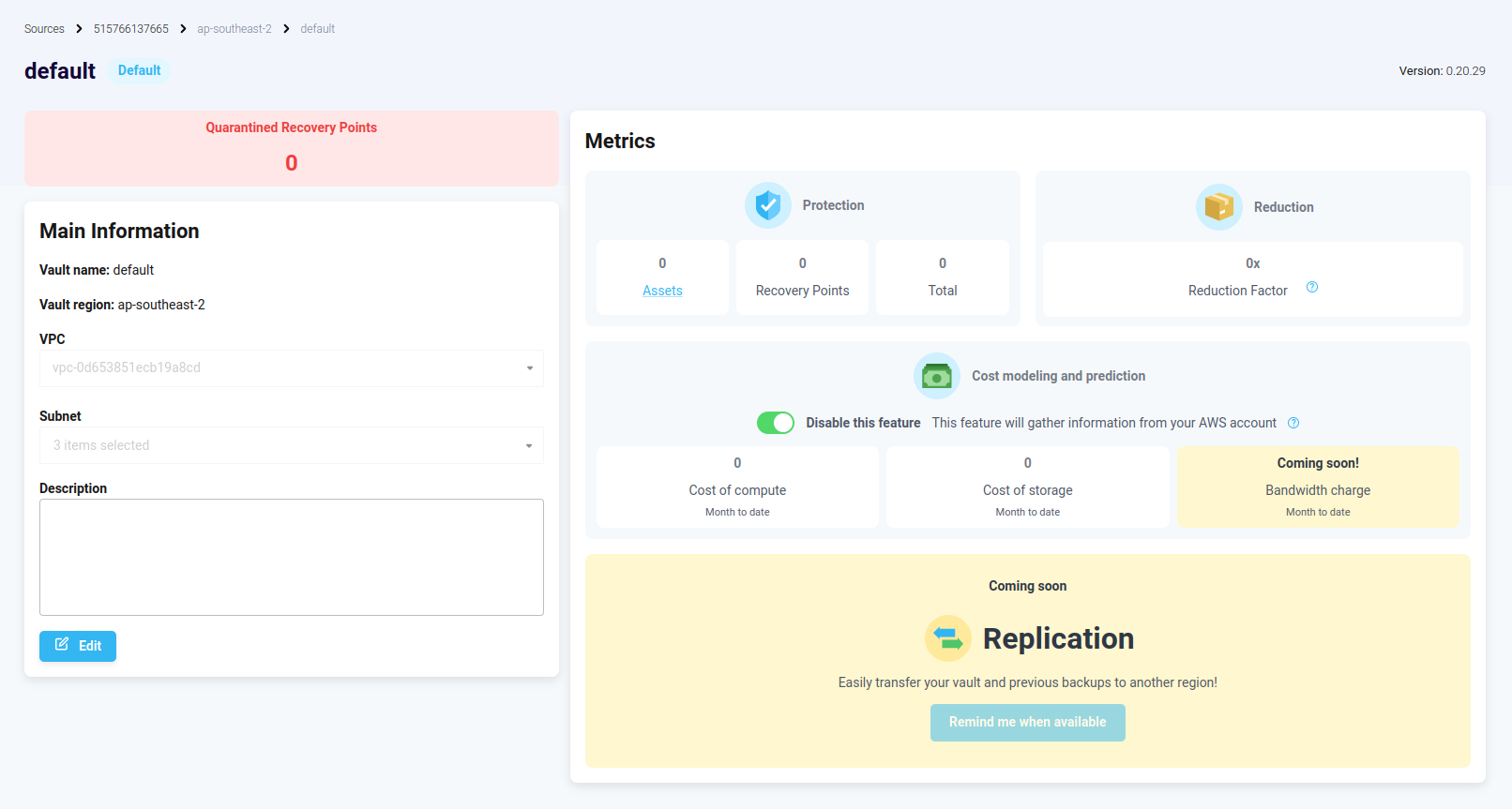 A new page will open after clicking on the “Details” button. Modify the existing information about the vault and press the “Save” button to store the changes.

The metrics on the left of the a vault’s editing flow display the total number of the Assets protected, the total number of the recovery points, and the total size of the backups. The Reduction Factor (i.e. the ratio of initial data size to the resulting data size after compression, deduplication and encryption), and the storage cost and the compute cost to maintain the Elastio system are also shown on the page.

Set a vault as default

Setting a vault default will ensure that there is no additional input needed when working with Elastio assets. The default vault is used when running backups, restores and mounts. Elastio creates a vault named “default” and sets it default when a Cloud Connector is deployed.

Additionally, you can create your own vault (or several - there is a hard limit of 7 vaults per region due to AWS resources limitation). Any vault can be set default and used as such.

To set a vault as default, press “ Make Default” next to the selected vault.

A confirmation pop-up will appear on the screen. Press the “Yes” button. 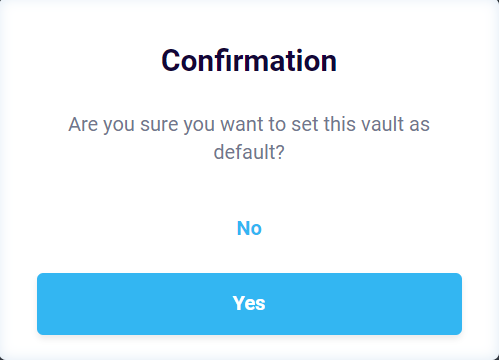 Once the vault is set as default, a notification will be shown in the bottom right corner of the screen.

Vault deletion can be only performed from the Elastio CLI for now. The UI functionality is coming soon.